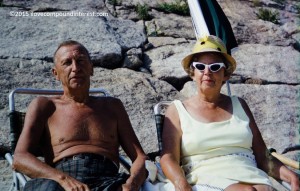 Does the word “retirement” bring positive or negative images to your mind? Is your mind flooded with joyful thoughts or do you wince when you hear the word? Throughout much of the beginning history of the concept of retirement, it was actually a negative thing and a way to get a mature/older (sometimes translated as “expensive”) employee off the payroll. Pensions could sometimes be used to lessen the sting if someone was forced or encouraged to retire knowing that they would have some income stream into their later years. Then over the last few decades, the pension has become an endangered species due the high cost commitments it places on the companies or organizations where the employees worked. Along comes the 401(k) plan which takes pressure off of companies and puts more responsibility on the employees to save for the type of retirement they might like to achieve.

That was a very brief stroll down the retirement history, which can often be fraught with negative emotions. Or the concept can also have a very negative undertone if one doesn’t have the money to retire and must continue to work to live. Then it’s safe to say that retirement can be seen as an unattainable dream.

For me though, the word “retirement” has always had a positive connotation as it conjures up thoughts of leisure activities, extended vacation travel, and unlimited time with family and friends. As much as I hate to admit it, much of that is probably due to the influence that marketing and the media have played in shaping my perception of what retirement is or what I feel it should be.

From all media outlets, we are bombarded with stories and images about retirement. Much of this is perpetuated by the financial services industry and I’ve seen them try to sell their concepts by positive/uplifting images and I’ve seen ads try and convince people to invest and save through fear tactics. I’m not sure which method works, or if neither works, but the concept of retirement is definitely one that can get people’s emotions stirred.

Traditional Retirement:
I often like to look how the dictionary defines a term, so here are a couple of Merriam Webster definitions for retirement:

I’m willing to bet that these are two very normal definitions in the minds of most Americans, and they were for me until recently. In fact as I scan through my memory of family members and friends that have retired, they all seemed to have done it in this fashion. They stopped working at their career and never worked again (for pay). Many of them volunteer and stay mentally active, but I’m really having a hard time thinking of any people in my circle of family and friends who ever worked on a part-time basis after they left their primary career.

I would also venture to guess that most people have a number in their head of when they should retire. The most common age I see/hear is 65 and it seems to be engrained in the minds many. The Social Security Administration and the IRS tax code even perpetuate the notion that there is a definite age at which persons should retire or at least the time at which their financial benefits would kick in.

Let’s call this the traditional form and age for retirement. But does everyone fit into that mold? Of course not. I know people who have retired in their early 40’s, and I’ve known people who have never stopped working up through their 80’s. But still I think people try and associate this with a time where they stop working altogether.

An Alternative “Retirement”
Who says you have to retire at a certain age? No one, unless of course you are a pilot or air traffic controller, both of which have mandatory retirement ages! The beautiful thing about finances and financial planning is that no two people are alike in their goals and their methods used to reach those goals.

I recently listened to an informative podcast called Radical Personal Finance in which the host (Joshua Sheats) did an incredibly deep dive into the history of retirement. It was actually two episodes, but here is a link to the first episode (http://radicalpersonalfinance.com/12/) and the other is episode #13. I had already been contemplating many of the same things he was discussing, but the historical background was definitely informative to see how some of our society’s thinking on retirement took shape. He challenges his listeners and I too want to challenge my blog readers to really start asking yourself the important questions about retirement, which I really believe are more like asking yourself the probing questions like: What type of work do I like to do? Am I passionate about it? If I’m working at something I’m not passionate about, what am I passionate about and how can I start doing that instead? What motivates you; having a lot of money or having a lot of time with friends/family?

I think and talk about retirement quite a bit. My wife probably gets tired of me talking about it and especially when I do our annual review of our savings and investment progress. Do I have a lot of retirement savings? Sure. Do I encourage most everyone I talk with to do the same thing? Yes. But in the last couple years I‘ve had to evaluate what “retirement” really means for me and for my family and to re-evaluate what I/we are really saving for. Due to this, I’ve now started using the phrase “financial freedom” instead of retirement. Hence the use of this phrase in the tag line for this blog.

I yearn someday to not have to work for a company/boss where I have to be physically present 8-10 hours a day bookended by a 2 hour daily commute. This will be a time when I have saved enough money that I can effectively stop working for someone else and work when and if I want to. Some other folk’s podcasts I’ve been listening to and blogs I read are calling this “financial independence” or just FI. I don’t want to just stop working and then sit at home or play golf all day, but rather, I’m ready for the time when I can pursue what I’m really passionate about, whether I get paid or not. In a way this may be similar to folks who like their jobs and don’t mind continuing to work for a company. They are not ready to retire in the traditional sense of the word because they enjoy what they do. I can relate.

I’ve also referred to this in other posts as a time when I have an increase in daily freedoms or put another way, it’s a decrease in daily obligations. To me, that is when I have financial freedom. Freedom to do or not do what I want. No one is demanding that I show up any place in particular, so I have freedom. And for me that is really the freedom to spend ample time with my family and do things with my son that would have not been possible when I was working full-time at the daily grind. It also means having time to pursue my true passion, which is personal financial planning. This blog of course is one outlet for that and I’m excited to see what else might be possible.

At the time I’m writing and posting this, I’ve been thinking of doing a podcast in the back of my mind, so stay tuned to see if that takes shape. But the pursuit I’m further along with is getting my own financial advising business going. I’ve taken the first steps to get additional training and I’ve passed the Series 65 exam, which is the minimum requirement to legally be a financial adviser. I never thought I would say this, but in my early 40’s I’m really excited about starting into something new. It’s not technically new I guess since I’ve been reading, studying and practicing the tenants of financial planning for nearly 20 years now, but as a separate pursuit, yes it is new. My wife says that I absolutely light up when I start talking to someone about their finances and how they can get control of their saving and investing to move toward their financial goals and even toward financial freedom (or what some may consider “retirement”). That’s what I plan to do in my “retirement”, which I hope is coming soon!

So, what does “retirement” mean to you? Do you subscribe to the traditional version of it or do you have your own variation that you ascribe to? There are definitely no wrong answers, but as long as you save diligently, you can attain it! Let’s not just acquiesce and become useless in retirement, but instead, lets be incredibly useful. And it may just be time to retire the word “retirement”!