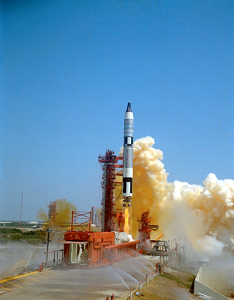 We’ve lived in the area of the Johnson Space Center for about 18 years and that phrase has particular significance in this region of the country. I’ve known several rocket scientists and we have a dear friend who is an astronaut, but the funny thing is none of them say that phrase. Maybe it’s because they have dealt with rocket science, so they would have to say something different like “It’s not brain surgery”. I don’t really think that is the case either. More than likely they don’t use that phrase because at its core, it can really be an insulting phrase. As you can now tell, I’m not a fan of the phrase because I have typically heard it used in a condescending fashion. When someone thinks a concept is really easy and others may not be grasping it as quickly, they may say, “this is easy, it’s not rocket science after all”.

I am committed to not have that attitude about saving, investing and financial matters. I recognize that everyone comes from different backgrounds and to some people, the concept of budgeting, saving or investing is very difficult. To some it may be a topic they want to learn, but just don’t know where to start. To others, they may already be budgeting, saving and doing some investing, but want to get a little better and keep improving.

I do believe the concepts around personal financial success are teachable and there a plenty of folks who can learn enough to venture out on their own to manage their savings and investments. There are some who will want to know and understand the concepts and still may require some professional help. And there may be those that are just a little interested in learning but are content to let a professional handle everything for them. I think there is a place for all of those types in the ilovecompoundinterest.com community.

Do you sometimes feel intimidated by financial concepts or principals? Believe me, I’ve been reading, learning and applying many of these concepts for years, but I don’t consider myself an expert. I’m always a little leery of people who say they are an expert in something because so often they have an air of superiority about them and they think they have learned all there is to know on that topic. I don’t want to be referred to as an expert, but I do want to share some concepts and principals that have worked for me or others that are guest bloggers, which are concepts and principals that any of us regular folks could try.

Perhaps instead of being an expert I can strive to be described as proficient or even a leading learner. I’m committed to continued education and if I can keep learning and lead others through that, then I’d be happy.