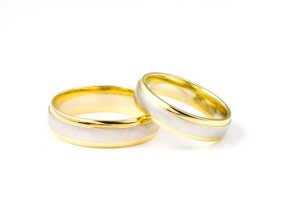 Do you know what direction you and your spouse are going financially for your family? When was the last time you talked about it? Was it after the credit card bill came in or when some other large bill was due? Those times are not necessarily bad to discuss finances, but hopefully those are not the only times you and your spouse discuss your financial health and direction.

Do you both agree that saving is a priority, or is one party spending much more freely than the other? If one of you is an avid purchaser and the other is an avid saver, then you’re goals probably need to be discussed so you can come to an agreement on which way you are going to head as a family. The main thing is to keep an open mind and be available to compromise. Dictatorships rarely work for long in a marriage (and in world politics either), so get in the habit of discussing money, especially when it’s not an emergency and particularly when your tempers are not escalated.

My wife and I have at least one large financial check-up discussion with each other each year. We are both frugal, but far from minimalists. We are aggressive savers too, but we still buy a few luxury items here and there. During this annual check-up, we go over the last years’ worth of spending broken down by categories to see if the categories line up with what or budgets were and if they may need adjustment in the coming year. I do my tracking in Quicken, which has worked well for me, but there are several other ways of tracking (like Mint). Of course we don’t just discuss our budget annually and in reality we really go over it ever couple of months as I’m working through the regular bills.

Probably the largest part of our annual discussion focusses on our net worth after the close of each calendar year. I’ll admit these were not always that exciting right after we got married and were early into our saving and earning years. It was during those times that we really solidified our goals and stuck with them. Honestly our goals were not incredibly formulated early on, but we did know that we needed to save as much as we could. Had we not stuck to these goals and had the discussions then, we would not be reaping the rewards of decades of compound interest now!

These annual discussions seem to work as a great catalyst for a conversation to check where we are on our shared path to financial freedom, which naturally leads us into discussions about the amounts and types of investments we’d like to make in the coming year. Our options have been enhanced in the last couple of years as we became accredited investors. I’ll be sharing more in a future post about what that is and what types of investments it can open up for you.

Who Handles the Bills and Day-to-Day Financial Matters?

It probably comes as no surprise that I handle all the day-to-day financial matters in our family. I don’t really consider it a chore and I have always liked to have my finger on the pulse of our family’s financial situation. My wife will freely tell you that she does not like math and does not like dealing with bills, investments and all the numbers and details that are involved. Funny enough, she worked for a large bank for almost 10 years…not handling money fortunately! For us, the decision is pretty easy and it works well for us. All of our accounts that can be set up as joint accounts are set up as such and it keeps things much easier from a tracking perspective.

From some discussions with friends, colleagues and neighbors, I think folks are on all ends of the spectrum on this topic though. Some couples maintain separate accounts and they pay different bills each month or they transfer money back and forth between their separate accounts to cover the bills each person is paying. This just seems like a perfect opportunity for some bills to be forgotten altogether, which is why I’m more in favor of one person doing the day-to-day bills.

Some folks have all accounts combined, but allocate a certain amount each month to special accounts that are totally discretionally and they don’t have to check with the other spouse to spend it. I’m curious to hear how some of you tackle bill paying and financial tasks within your marriage. Does one of you do all the bills and another one of you handle the investments? If so, how does it work? There’s not necessarily a right or wrong answer here because every couple and marriage will be slightly different. The key (that you’re probably getting tired of hearing me say) is to communicate, then execute and see what methods work best for you.

In our first few years of marriage we decided to set a cap of $100 as the limit of what we could spend without checking with the other one. We typically approved of each other’s purchases, but it was good to get the dialogue going to know when the purchase would happen, if there was money in the budget, and so forth. At that time, we each were starting in our jobs and we had a home we purchased and were remodeling, so money was pretty tight. Needless to say, Home Depot and Lowe’s received many of the purchases that were over $100 in those early years. Who am I kidding, we remodeled our first 3 homes and did much of the work ourselves, so those stores got a lot of our money over the years! (I’m sure I’ll include some home remodeling successes and failures in future blog posts).

We set that limit almost 20 years ago, so the amount may be a bit higher in current dollars, but the concept is the same. In fact, Money Magazine just put out the results of a survey that indicates the average spend limit that couples use as a cap for which they don’t need to check with their spouse is $154 (on average).

The spend limit was our way of implementing a restriction on both of us (without having to set up separate discretionary “fun money” accounts), but I’m interested to hear what other people do and how it works out for you.

These were some of the methods that we’ve used in our marriage to communicate and set goals and boundaries that keep us on our shared financial path as a family. What tips and tricks have you used in your marriage to specifically deal with your bills and financial goals.