We are now living in our 5th house that we have purchased as adults. I’m now age 45 (and 20 yrs of marriage) and it’s safe to say I’ve learned a few lessons along the way. In fact I realized I’ve been lying to myself in a few areas. In this post I’ll detail one of the lies I told myself and you can see if you may be telling yourself the same lie and if it could be costing you money or getting in the way of your financial goals. This will likely be the first of a few other real estate lies in this series.

Real Estate Lie #1: I’ll live in this house forever (or at least a really long time) 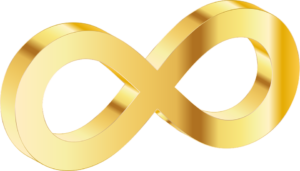 This is the lie I have told myself on a few houses, but none more evident than two houses ago. Here’s how it played out for us. We had found the dream neighborhood and initially there were no houses available or empty lots. Then we heard about a family that was about to put their house on the market. We had made friends already with other neighbors and they connected us. One thing led to another and we ended up dealing directly with the current owners of the house to work out a purchase. We liked the layout of the house but it was pretty ugly and basic inside. We would joke and say it was a great location, a good layout and then they just gave up and put in apartment-grade amenities on the inside.

We were convinced there might not be another house or lot that would come available anytime soon so in actuality we paid too much for the house, especially considering we had full intentions to almost completely gut it and remodel it to our liking. The house was not even that old when we bought it (7 yrs old) but we just knew we found our dream house in the dream neighborhood so it was OK to pay a bit more for the house and sink even more money into it after we move in. After all, we were going to live here until we retired. If that was truly the case, maybe (and that is a big maybe) it would have been OK. I’ll let you be the judge of that after I complete the story.

When we purchased this house, it was our 3rd house. We were at our 1st home for 3 years and our 2nd home for 6.5 years, but this one was going to be different; we would be here for the long haul…at least that’s what we told ourselves. We really did think this was going to be different even though in reality we were continually striving for a bigger or better deal. We fell in love with the place. That love and our sincere belief that it was “the one” clouded our vision and judgement.

That clouded vision prompted us to extensively remodel this home over the next 3 years and spend another 47% of the value of the home in upgrades and changes to make it exactly the way we wanted it. Also factor in that a short time after we bought, the home market went down in 2008 (or at least it wasn’t increasing). Little did we know that we were in essence adding so many costly upgrades to our home that we were well above the average price per square foot for our neighborhood. So, those following the math along at home, here is the recap. After 3 years in our home, the housing market has dropped or is at least very stagnant, yet we now have a home that has 147% of the value tied up in it that we originally paid for it. Not exactly a recipe for success!

In case you are curious, I’ve included some before and after pics of the remodeling we did. We were quite proud of our work since we did much of it ourselves. We did get to enjoy it for a few years, but now someone else is living there and we’ve moved on. From the pictures, you’ll likely be able to tell how we didn’t skimp on the upgrades.

Is it possible to live in the same house for decades or whatever you consider to be “forever”? Sure, I know there are people who do that and live happily for decades in the same house. And if that is done, many of the wasteful expenditures and upgrades that we did wouldn’t be wasteful because you’d likely get to use them to their full extent and avoid the costly transaction costs of selling home after home. Each home sale or purchase has large transaction costs to the tune of 6-10% when you factor in sales commissions, required repairs, new furniture/drapes/blinds, and all the other “stuff” that a new house requires.

You may in fact not being telling yourself this lie; I fully realize this. But, I do believe there are a lot of folks that are thinking the next house is the house that will take them into their golden years, but then they find themselves upgrading and buying another home. There’s nothing inherently wrong with buying a larger home, as long as you stop and honestly look at what your motivation is and how it affects your long term and short term financial goals.

We finally learned we had not lived in a house more than 7 yrs and actually about 4 years was our average…which is far from forever. Now in our current home we are aware of this truth so we bought a house that was below our budget. This house is smaller than our previous house and we are also hesitant to remodel and spend money on projects because we know this will not be our forever home.

Take a look at your patterns. Are you telling yourself this lie? If your home is not your forever home or at a least a home you are certain you will be in for decades, pause and really determine the best course of action. Is that new project going to truly add value to your home? Could it be done at a lower cost and still provide much of the enhanced features you are seeking.

Our home decisions didn’t completely derail our financial plan, but it did set us back a bit and caused us to have to save even more aggressively to make up for it. It’s a lesson learned though and one we hope to not get caught up in again and happily share with you so  you might not get caught in it either.

If you enjoyed this information or know someone who would, I encourage you to share this post with them. And if you would like help taking control of the financial aspects of your life, please consider Aspelin Financial Coaching to help you be victorious with your money! Servicing clients in all 50 states via in-person sessions, video calls or phone consultations.