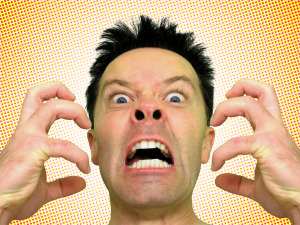 Hate is a strong word, which is why I chose to use it in the title. And of course the somewhat popular moniker of “hater” gets thrown around a lot now too. I think of haters as people who don’t leave any room for exceptions to the thing(s) that they hate. Someone who says they hate debt would probably say that they never want to get a loan or never have debt. Again, “never” is a strong word and leaves no room for exceptions. So for this discussion I’m going to put “hate” and “never” in the same category.

Until we’re faced with a specific situation, we really don’t know how we’re going to react or think. What we personally found out about ourselves was that it’s pretty arrogant and/or judgmental to say some of the things we said. We can draw a firm line in the sand, but sometimes those lines get blurry. This is probably my way of explaining that I’m trying to be less black and white and allow for a little gray area in my life and even in some of my financial beliefs.

I’m a believer in not getting into too much debt and I generally believe the adage about only taking out a loan for something that will appreciate in value. So, if you lived by that motto, consumer goods would definitely be out, vehicles would not be good to get loans for, homes could be debatable, and a college education could have high potential value in the form of increased wages for years after you graduate.

Are there investments you “hate” or would “never” do? You may say you’ll never invest in oil companies or banks because you don’t like what they do to the environment or how they make their money. If you believe in those principles, that’s great, but just be consistent with your investments as well, so it matches what your mouth says. Do you have any investments in an S&P 500 index? If so, there are plenty of banks and oil companies in that index. If you’re a debt hater, do you just hate debt for you or is it OK for banks to make money by loaning people money, and for you to own bank stock? Do you know what every one of your mutual funds invests in? There may indeed be companies they hold stock in that are contrary to your beliefs. Fortunately there are a plethora of mutual funds available on the market today that can help you align your investments with your ideologies.

Let’s have strong beliefs, but let’s not hate what another investor does. Instead, let’s upon our minds and see each situation differently, because we may just find ourselves in that same situation someday. I know I did.