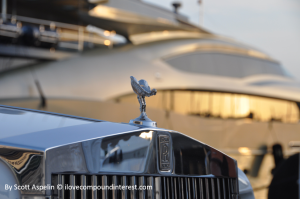 There was a fictional character (or was he…hmm) named Gordon Gekko in a movie from 1987 called Wall Street. His character was played by Michael Douglas and he delivered a now infamous quote that says the following:

“Greed, for lack of a better word, is good. Greed is right. Greed works. Greed clarifies, cuts through, and captures, the essence of the evolutionary spirit. Greed, in all of its forms; greed for life, for money, for love, knowledge, has marked the upward surge of mankind and greed, you mark my words, will not only save Teldar Paper, but that other malfunctioning corporation called the U.S.A.”

How does this phrase hit you? Be honest, isn’t this what seems to be pumped into our US/Western/1st World heads on a regular basis? Have we bought into it and are we now pursuing it? I’m definitely talking to myself here too, because I’m a red-blooded American who is bombarded with these messages just as much as the rest of our country.

I think most would agree that greed is a word that has a negative connotation and we wouldn’t want to admit that it’s a term to describe us. How about selfish, covetous, materialistic, gluttonous? I don’t want to be called any of those words either. But just because I don’t like the word or want to be called by that label doesn’t mean I might not exhibit those tendencies. I think sometimes we can rationalize it as capitalism or saving for the future, or providing for our family. None of these things are inherently bad, but if we pursue them with fervent passion and neglect all else, then what have we gained.

I know what you’re thinking; wait a minute Scott, I thought your blog and your entire theme here is about compound interest and making more money by compounding? It is, but just because you make more money doesn’t mean you have to hoard it and be greedy. What is the opposite of greedy: generous. What people, charities or organizations do you give money (or time) to? Is all your money spent on you? Are you sharing the great wealth that we really have in America? I’ll hit on some more giving topics at different times in this blog because it is facet of my life that I’ve really worked on and am continually being shaped by.

Americans are very generous when compared to the rest of the world, so way to go Americans! We also have the benefit (in the current tax law) of getting a potential tax deduction for qualified charitable donations. Now ask yourself what I’ve had to ask myself; would you give as much as you do if you couldn’t get a tax deduction? I’ve had to check my motives on this very question. For me, I’ve been able to freely give without that thought. Don’t get me wrong, since I’ve given the funds, I don’t turn down the deduction when I prepare my taxes. If the law continues to allow it, I’ll do it, but if it doesn’t allow it, I’ll still do it.