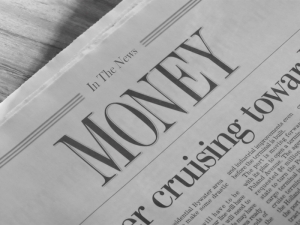 This should be a popular question but unfortunately a lot of folks don’t even consider an emergency fund in the picture most of the time. Let’s face it, there is nothing fancy or flashy about an emergency fund. At it’s core, it’s a pot of money that really just sits there waiting for something bad to happen. That sounds like fun, right?

Debt reduction is a fantastic pursuit and one that I firmly believe in, but I’m not one that says that all debt is bad or more aptly, I’m not one that says all debt must be wiped out before continuing on with other financial goals. One thing that I do believe should be taken care of before moving on to other financial goals (even paying off debt) is establishing an emergency fund. While it’s not fun to think of needing an emergency fund, the reality of life is that emergencies will happen to all of us. And the very nature of an emergency is that we don’t know when it will happen. Job loss, reduced work hours, car accident, medical emergency, storm damage to your home, flood, fire, major car repair; these are all examples of things that could easily happen to any of us that would require a quick outlay of funds. Does everyone have a couple thousand dollars in a dedicated account should something happen? Unfortunately not. But why? I think some of it has to do with the fact that we as humans don’t like to think about negative things happening and thus we don’t feel these bad events will happen to us. So, if we don’t believe it will happen, we surely don’t need to set aside money for it. To some people this is sounds as foolish as setting aside money for their next trip to Mars. It just isn’t in the realm of possibilities.

Debt has unfortunately become commonplace in the US culture. Not only debt, but very large amounts of it. When someone gets buried by debt, they have very little extra money to save or invest because they are just trying to make minimum payments and keep their creditors at bay. So what happens to someone like this when they have an emergency, but they have no emergency savings. Sadly, they will take out more debt to cover the emergency. So their situation goes from bad to worse.

With this in mind, that is why I firmly believe that everyone should first have an emergency fund set up before starting down the path of debt elimination. Even a small amount of $500 to $1000, just so they don’t continue to go further into debt when the bad stuff of life happens…which it will. Wait a minute, am I suggesting to not make debt payments and instead stash money in and emergency fund? Not exactly. If you are determined to pay off debt, then you have to make more than minimum payments. And if you are making more than minimum payments you are effectively budgeting each month to free up and allocate funds to make those extra payments. As you free up monthly budget money, first build up your emergency fund. Start at the low lever of $500 or $1000 and then after you have paid off your debts, get it up to the 3-6 months of expenses range.

You will sleep better at night knowing that at least if an emergency comes along, you will have some funds to address it and not continue to go further into debt. High five to you! Now that you have the emergency fund set up, get focused in on paying off your consumer debt and you’ll be well on your way to realizing some peace in the realm of your finances.