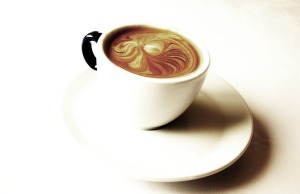 Gee, that sounds like a real positive and uplifting topic. No, I don’t want to talk about the medical benefits of quitting or reducing something you’re addicted to; I’ll leave those lectures to your doctor or family members. But if the health benefits of stopping your addiction aren’t enough let’s see what financial incentive there might be to throttle back.

Smoking
It’s widely publicized about the negative health effects of smoking so I’ll leave that out of the discussion for now, but in case you needed any further motivation, let’s look at that habit from a monetary standpoint. For the sake of discussion, let’s assume someone smokes one (1) pack a day. While each state varies in its cost, the average in 2013 was somewhere around $5.50/pack which would mean $165/month.

At that pace, in ten years you’d have saved $25,000 at a 5% compound interest rate or $65,000 over 20 years. That could work out to be the cost of a car after 10 years. Just some extra motivation for you if you need that last little push to quit smoking.

Plus if you are a smoker and want to qualify for insurance, many employer plans now charge smokers a higher premium rate than non-smokers, which is just another financial reason to quit smoking.

Caffeine
This is one that most people can probably relate to. Whether it’s coffee or energy drinks, the caffeine craze seems to be ever growing. Countless companies have convinced us that we can’t just have a normal cup of coffee, but it needs to be a “fancy” coffee that sometimes is ordered in a special language only the most seasoned veterans can speak.

So, if you’re daily routine involves one of these caffeine beverages, let’s assume about middle of the road at $4.00 each. And let’s compare that against the alternate which would be making coffee at home (or if you’re super cheap you may get it for free at the office). For the sake of argument and easy math, we’ll say that’s $0.50 a day if you do it yourself. The differential we’re working with now is $3.50/day, which we can safely call $100/month. And at $100/month saved with a 5% compound interest rate, you would have $15,000 in ten years and over $39,000 in 20 years.

Notice this is not doing without caffeine, it’s just getting it in a less expensive manner and you could be putting $39,000 in your future pocket 20 years down the road.

Is that enough to motivate you to make a change in your habit? It’s all about choices.