Contentment. It’s one word that I feel can have a remarkable and lasting impact on your financial future. Not as a word that you say regularly in your vocabulary, but one that you strive to live out. 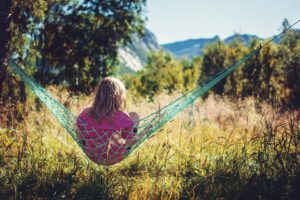 Webster says it is “a quality of feeling or showing satisfaction with one’s possessions, status, or situation”. Well that sums up quite a bit! For this post, I’m not going to talk about contentment in your job/work. I really feel that should be something you are not necessarily content in. With your work you can continually improve and be more valuable to your company/customers thus commanding more salary, or a higher fee for your services. So let’s look more at the piece of contentment about possessions and status.

Why do I want to focus on this word? Because I see the opposite of it with a large portion of Americans and with so many of the people I’m doing financial coaching for. There is this notion that the marketing engine of the United States or “Madison Avenue” has been discretely (or overtly) pushing at us. This notion is that we have to have more, get more, and have the best in every aspect of our lives. After all, you’ve worked hard and you deserve it! Deserve is another huge word I work with folks on. It is so easy for us to say we deserve something, or our spouse deserves something, or that our kids deserve something. I do it, you do it; we’ve all done it or said it.

How My Contentment Went Unchecked

Here’s how I was not showing contentment in my past. We bought a house as soon as we got married, probably not the best thing to do so quick into a marriage, but it ended up working out OK for us. That house was in a great area, next to a park, great schools, etc. and it was a great price and quite frankly plenty big enough for us. But, that wasn’t enough.

A couple years after we bought that house, we (actually I) bought a boat. Did we need a boat? Nope. But then we decided we wanted to get a larger house that was on the water, so it would be easy to use the boat anytime we wanted. We bought a fixer upper on the water, and proceeded to do the repairs over a few years and enjoyed a lot of fun on the water.

Then, it apparently wasn’t enough to live on the water (again, we were in a great school district and close to the freeway and all other stores and things we may needed). Then we, (it was actually was more like I) wanted to move to a nearby neighborhood that was on private ski lakes. We bought a house that needed some work, spent several years making it beautiful and even bought a newer boat a few years later. After 7 years at this house we moved about an hour across town, I sold the boat and this concept was starting to make sense to me. I was not content, but would not have admitted it at that point though. I would have thought I was quite content really.

In hindsight, I was continually striving for more and more and in my case it was more things, more toys, a better house, and all the trappings of someone in America who is successful or has “made it”. We were still saving a pretty good portion of our income and that is probably one thing that had me believing I was totally in control, on track and content in my life. Is there anything wrong with any of the things I was doing? Not at all. There is nothing inherently bad about houses, ski boats, or ski lakes. They definitely have their place and can provide joy and even contentment for some people. For me though, I realized it was a false contentment that I had.

It Is a Journey

My journey to contentment is not complete and it definitely hasn’t happened overnight. I’m about 3-4 years into the process right now and still trying to evaluate the right amount of possessions and position that allows me to feel content. One significant factor in this process was moving to a smaller house. It’s not much smaller than our other houses were, but at least 1-2 rooms smaller. Now we also have a basement and all of our “stuff” is very present and before me on a daily basis (as opposed to hiding it in our attic where I rarely see it). About a year ago, I had enough and started selling many of my possessions on craigslist and eBay. It felt wonderful! It’s not all thinned down yet, but the mind shift has been tremendous.

Do I now live a meager existence or a pauper’s life just so I can achieve ultimate contentment with no (or very few) possessions? Not in my opinion or likely anyone else’s opinion. I still have some “toys” but I’ve had to figure out what I use and enjoy the most. We still have some nice things in our house, but I’m seeing a different attitude in how long I keep something and when or if it is necessary to upgrade or get “one more” of something. My desire to outwardly show any type of wealth or success is waning and I’m finding much more joy in giving away my things, money and time.

Do I still envy other people or their position in life? Sometimes, but it is much less than 5 or even 10 years ago. The journey toward contentment has allowed me to slow down the consumption mentality I had adopted and focus on what I really need in my life rather than all the things I want (or think I deserve). I have to thank this evolving attitude for the fact that although our annual income was much lower in 2016, we saved a percentage of our income that was greater than some years when we were both working full time. It’s safe to say that it is positively affecting our budgeting, spending and savings priorities throughout the year.

How Contentment is Increasing My Net Worth

In fact, since my/our contentment as increased, our family spending has decreased each year. We reduced spending 11% in 2015 and another 11% last year in 2016. Even if we didn’t reduce our expenditures anymore, that’s over a 20% decrease in spending over a two year period. All that money saved is going into investments (with compound interest!) and when we are living off our investments in the future, we’ll be drawing down less each year than in some of my previous calculations and predictions. This has a dramatic effect over the next 30, 40 or 50 years of our lives!

That is why I now believe that contentment is one word that can have a dramatic and lasting effect on your financial future. Is contentment something we arrive at and we’re done? I don’t believe so. I’m still on the journey to get closer to it, but I believe firmly that anyone that is sincerely evaluating their level of contentment and honestly seeking it will find more and more success with their finances and likely many other areas of their life as well.

If you enjoyed this information or know someone who would, I encourage you to share this post with them. And if you would like help taking control of the financial aspects of your life, please consider Aspelin Financial Coaching to help you be victorious with your money! Servicing clients in all 50 states via in-person sessions, video calls or phone consultations.