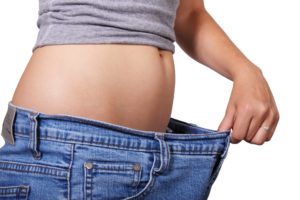 I can’t think of too many people that would argue that doing a program like Weight Watchers isn’t beneficial to your health. You’re doing food diaries, planning meals, tracking what you eat, and putting focus on all the food related areas of your life. You’re checking in with peers or a counselor on your progress and you have accountability and support as you strive to change habits and behaviors and to make lasting changes with your health.

All these aspects and, and likely more features, help you realize your weight loss goals. But how could Weight Watchers (that costs money) actually be able to save you money and help your financial habits? I was pretty skeptical and never had this on my radar as a concept that could lead to financial savings until a couple of my financial coaching clients were doing the program.

Both the husband and wife decided to enroll in the lower tier Weight Watchers program. The cost was not too much in the grand scheme of their monthly income and expenses. They put it into their budget (I believe costs are between $20 to $55 per month depending on the level of assistance you select) and I forgot about it until a few months later when they started talking about how they have been losing weight and doing well. I was of course happy for them and then after hearing more about their success in the next few months I realized they were really committed and making some great habits that will greatly affect their health.

As we kept talking, it became clear that the Weight Watchers program goals and execution led to many things that were also very helpful for them to save money and build good habits with their finances. Allow me to elaborate some more.

A common spending category that is hard for many people to reduce is restaurants. By the fact that they would be putting their eating plan in jeopardy, they chose to eat out less, which of course means they were spending less money in their eating out budget. They also were planning more meals (especially dinner) to eat at home, so they had full control of the food they eat. This meant planning grocery trips and buying just the food they needed which would reduce food waste. Then instead of eating out for lunch at work, they were bringing their lunch to work to have more control of what they ate during the workday as well.

The other habit that they started to do which sounds really small, yet I think is one of the best, is the tracking of the food they eat and weighing themselves each day. This doesn’t necessarily have a direct impact on your finances, but the two are very close to another habit that does. The habit I’m talking about is tracking your spending. Tracking daily eating and a daily weigh-in give you a quick picture of where you are on your journey toward your goal. The same can be said for the daily tracking of your spending. Both are daily habits and both just take a few minutes, but give you regular feedback on how you are doing. Without that feedback on a regular basis, you have no idea of your progress.

So much about weight loss is about changing habits and behaviors and financial success is so similar in that you need to continually build or enhance the good behaviors while pushing out the detrimental ones. For the clients I originally mentioned, the small fee they pay each month for Weight Watchers is more than recovered in the savings they now realize with their monthly spending on groceries and dining out.

Even if you don’t do a formal program like Weight Watchers, but still regularly weigh yourself daily or keep a food diary, you are still practicing a valuable habit that can transfer into your finances. And if you are losing weight and saving money; that is truly a win-win! Who wouldn’t want both of those things!

If you enjoyed this information or know someone who would, I encourage you to share this post with them. And if you would like help taking control of the financial aspects of your life, please consider Aspelin Financial Coaching to help you be victorious with your money! Servicing clients around the world via in-person sessions, video calls or phone consultations.