Budgeting. There I said it. Somehow this has turned into another bad “B” word for so many people. As we know, words can carry a lot of meaning and a simple 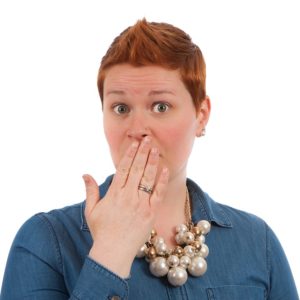 word can also carry a lot of emotion with it as well. There are unfortunately several words in the English language that carry deep emotional pain with them. I won’t repeat them here but many are used as terms of hate toward other people groups or a term of hatred toward one person when someone wishes harm on them. The mere mention of some of these words can get the hair standing on end for many people.

Somehow though, I think the word “budget” has started to evoke that level of emotional response with people. I’m here today to stand up for the word “budget” and also to shed some light on why I think it is in fact a good word and one to be respected and revered and that it is actually something that is incredibly helpful at its core. Allow me to share some common things I deal with folks on during my financial coaching sessions about budgeting and hopefully dispel some myths along the way too.

Why Do We Hate Budgeting So Much?

My personal opinion is that the root of the hatred for the word budget comes from the perception that it is something negative that tells people what they can’t do. Notice I said perception. But even though it is perceived, for many people perception equals reality. There is something inside of us that just doesn’t like to be told what to do. We like the freedom to choose.

If someone makes your budget for you, then yes, I can see how you might dislike it and think that it is strictly something that is always telling you what you can’t do or always telling you “no”. But the truth is that a budget (or at least a successful budget) is one that you make, not someone else! Granted, if you are married, then you and your spouse are both making it, but in the end it is (or at least should be) your budget, not someone else’s budget.

I Make Enough Money That I Don’t Have to Budget.

Oh really? I’ve got news for you. Income has nothing to do with needing to create and stick to a budget. The only thing different about high income is that your budget will be with more dollars. The concepts and principles are the same. And if you think that people that make a large income don’t have to worry about budgeting, just Google search about professional athletes or lottery winners that have gone broke. It’s sad, but very true. If these people really knew what they were spending I believe they would have curtailed the spending and started to get a budget/spending plan in place.

Also, if you’ve ever read the book “The Millionaire Next Door” one of the most common traits of millionaires is that they have a budget.

So What Really is a Budget?

Simply speaking, it is a cash flow plan. This is a term I use to describe it quite a bit now (at least initially) until my coaching clients warm back up to the word. It is a process where you take your income and then assign dollars each month to the expenses for that same time period. The objective is for your income to be the same or more than your expenses. When your expenses exceed your income, you are now dipping into savings to pay for the overage or you are going into debt…both of which you want to avoid.

When done properly though, a budget is you telling your money where to go, BEFORE it is spent. This is a proactive process. You are in control. Who doesn’t like to be in control? And when you sit down and assign a place for every dollar before it is spent, then you are deciding where you want to spend your money. That way, when a spending decision comes along, you’ve already decided what to do. If you put it off and just try to budget on the fly when expenses come your way, I promise it will not work. At that point you are being reactive instead of proactive and you will fall to your impulses and emotional feelings at that instant. This leads to overspending on credit cards and racking up large amounts of consumer debt.

After you have assigned a place for every dollar, you go through the month and follow your plan. At least that is the idea. Then at the end of the month it is imperative that you go back and verify that you indeed stuck to your budget or if adjustments are necessary. The reality is that as you start to budget, you will not be perfect. I hate to burst the bubble of all those perfectionists out there (like me), but it takes practice; it is a process. Life happens and you may have to shift some dollars from entertainment in a month to groceries or shift from clothing to utilities. As long as you don’t exceed your income for the month, you’re OK.

Goals and plans are great, but the day to day execution of your plan to reach your goal is done through a budget. It is absolutely the foundation of any successful financial plan and lifestyle. Next post we’ll get into more of the nuts and bolts of budgeting.

If you would like help taking control of the financial aspects of your life, please consider Aspelin Financial Coaching to help you be victorious with your money! Servicing clients in all 50 states via in-person meetings, video calls or phone consultations.